Hey There Hope you Enjoy Looking around the forum!

There are alot of new Features and updates coming so why not become a founding member of the next big Community for the Xbox 360 & 360 'S'?

It's free to register so why not give it a go?

Any Questions please contact us in the guest forum provided

:: Inside Discussion's :: Inside News

Hey guys Major Nelson has updated his blog on the new and upcoming 360 contoller, no word on the price yet for europe but will be avaliable in USA/Canada in Nov 9th 2010 for $64.99USD and January 2011 for Europe.

In addition to the new d-pad, the matte silver controller also features concave analog sticks aswell as the shoulderbuttons, and gray A,B,X,Y buttons for added style.

The controller will only be available with the new Play & Charge Kit so unfortunatly no single unless preowned.

The new Xbox 360 controller with have a "unique" d-pad that will raise up about a quarter of an inch, according to Joystiq, when one rotates the d-pad ninety degrees on this new controller. I suppose this means you will actually be able to feel the directional change rather than the d-pad shifting under your thumb.

This mod is targeted at the fighting game players, but this rumor can bring joy that Microsoft does not totally ignore its consumer's complaints! 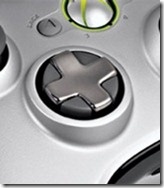 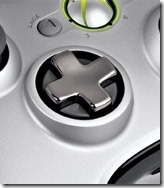 Similar topics
» Marvel Legends you would like to see
» Free Tokens - Surveys??
» New BABW Kinect Game for XBOX 360
» What is the best action RPG game for Xbox 360?

:: Inside Discussion's :: Inside News

I do apologise for the shutting down of these forums but i had alot on my plate and because we were still only small it was easier to just shut off instead of handing it over to sombody else to carry on.

So now we are reopening and although it will be slow as i and other staff still have our own lives outside of this, we will do what …

So the brand new addition to the Xbox.com forums is the new community Xperts.
Here is a brief FAQ released by machetebetty co fou der of the ambassador program.


1.     What is this Xbox Community Xperts BETA thing I keep hearing about?

Xbox Community Xperts program is a user-to-user connecting chat application on Xbox.com.  It helps people with Xbox-related questions to find people with …

Who is online?
In total there is 1 user online :: 0 Registered, 0 Hidden and 1 Guest